The Hollywood Masonic Temple, also known as The Free and Accepted Masons of Hollywood Lodge No. 355, was designed by John C. Wilson Austin in the Neo-Classical style. He is also known for designing the Griffith Observatory and contributed in the design of Los Angeles City Hall. The cornerstone for the temple was laid on May 14, 1921. The Masons sold the building to singer Rosita LaBello in 1982. Rosita converted the temple into the Hollywood Opera & Theater Company, but it was short-lived. Later, in 1987, Detroit real estate developer James Hoseyni renovated and reopened the building as the Hollywood Live Entertainment Pavilions. The lavish entertainment center included a cabaret, jazz club, and an 800-person dance club.

Disney’s Buena Vista Theatres, Inc. purchased the temple in 1998. The building currently houses the studio and offices for ABC’s late-night talk show Jimmy Kimmel Live! Hollywood Masonic Temple was recognized by the Cultural Heritage Commission of the City of Los Angeles as a Historic Cultural Monument in June of 1984 and listed on the National Register of Historic places in 1985. 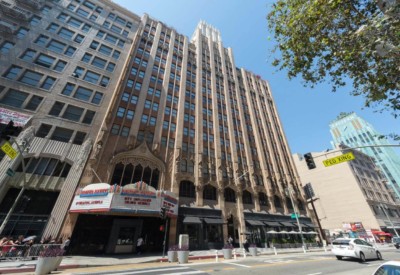